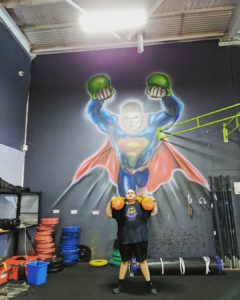 The month long plateau. Frustration, it was like my effort was not being acknowledged by my own body. My diet was great, my exercise routine was as intense as it had ever been. Yet, the scales refused to change.

The only positive was that I didn’t gain weight. Every Saturday morning I awoke and jumped on the scale… 158 for weeks. Deflation, irritation… I’m going to stay this weight, I thought it was a joke. I fucking hated it. Three weeks into the plateau and I was ready to lose my absolute shit at not being able to lose weight. I consulted my doctor and had blood tests, I consulted my trainer. I sought advice where ever I could find it.

I had to unleash the inner aggression I had. I headed to the gym with my Fiance on a Saturday afternoon and we decided to test my fitness, if I can’t see results on the scales I was going to see them elsewhere. No time limit, functional training. 45 seconds each exercise, 20 second recovery and repeat. Keep going until I can’t physically do any more. 3 litres of water and 90 minutes later I had reached my limit.

We took this photo at the end, it’s still one of the most important photos of my journey. It captures how far I’ve come, not only physically but mentally. From being almost 200kgs and hardly being able to move, hating myself constantly to being able to turn a negative into a positive and smashing an epic session at the gym. I’ve never felt prouder of how far I’ve come, and accomplishing it in front of my fiance made it that much better.

I would eventually find out what was going on with my body during this period… It was good news, but I’ll leave that for another post.