1 Year On – My Weight Loss Journey So Far

The 14th of October 2017 marked the 1 year anniversary of when I walked into Gold’s Gym Rockingham for my first workout on this journey. From that day my life has changed more than I could have imagined.

At the time of writing this post I am now 139.0kgs (306lbs). It’s hard to truly know how much I weighed when I started this journey. It was 2015 when I was weighed at 199.9kg (441lbs), it would not be until October 2016 that I would be in the right mindset to change my life. It’s a high chance I was over 200kgs, however finding a scale that could weigh me was almost as impossible as finding the courage to ask.

I’m now 61kgs (134lbs) lighter and I’m not looking back. The major trigger to sticking with it is being able to change your mindset and establish healthy habits.

Since losing 61kgs my health has turned around. As I’ve posted before I was diagnosed with low testosterone due to my weight, I was pre-diabetic and my ankle was in worse shape due to my super obesity. I had very high blood pressure that was at 180/120 which is now a healthy range. My resting heart rate has also dropped to close to 60bpm. My liver and kidney functions have also returned to normal. 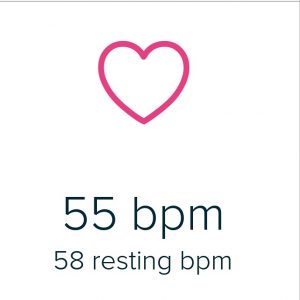 This has been the most substantial change. Thanks to regular exercise my anxiety has decreased dramatically, check out MoodActive and Reach Out’s posts on exercising and mental health. I also steer clear of stimulants such as caffeine and processed sugar to help with the anxiety. I am also in regular therapy to help with my self esteem and depression so we don’t have a repeat of what happened last time. 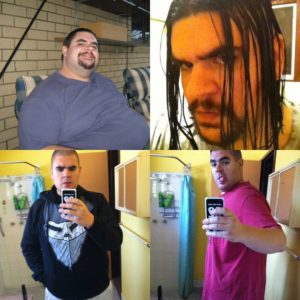 I’ve been here before

What could be seen as a step backwards, but I prefer to see it as a step forward, I’ve recently been diagnosed with Post Traumatic Stress Disorder (PTSD). This has stemmed from dealing with high levels of violence during my youth. I don’t see it as a step back because if I hadn’t been going to regular therapy it may not have been picked up. Now I can actively put things in place to help deal with episodes when they arise.

The thing about being super obese is you’re more likely to withdraw from social activities. This could be due to self esteem or physical inability. I decided to hide myself away for 2 years when I was at my biggest. I avoided most social activities, and even family events because of how I felt as a person. 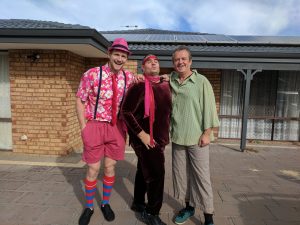 Since losing weight I feel like I’ve rediscovered myself. I’ve reconnected with not only myself but those around me. I’ve also had the confidence to try new things such as golf and hiking.

I’ve made long lasting friendships with new people who’ve I’ve met while working out and hope to create more friendships in the time to come.

My relationship with my extended family has also benefited. When I got married earlier this year my family grew immensely over night and thanks to the positive changes I’ve  made in my life I’m able to build upon the new family connections. 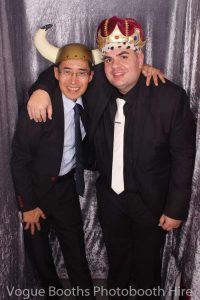 I not only changed for myself, but I also changed for my marriage. I’ve written before about the pledge I made to my wife when we were engaged. I not only want to be around longer so I have more time to spend with the love of my life, but I want to be able to have kids and be in a place physically and mentally where I can be the best person that I can for them. 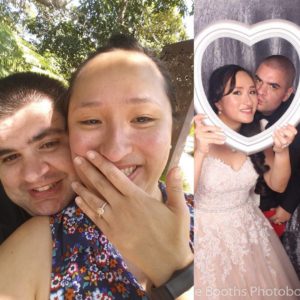 There’s no feeling like being able to accomplish something that you thought you never could. Seeing the changes, setting the challenges and seeing them fall. Sometimes it’s not about the little improvements but amazing things begin to happen seemingly over night.

The biggest one for me was being able to run for the first time in 20 years.  It happened about 6 months ago in a group fitness boxing class with my personal trainer Rachel.  I had been attending the class for a few months and it was just a given that I couldn’t run thanks to my ankle injury. I’d been told for year that it would never be possible. Then one day during the class, mid warm up, I just decided to try and. It was a slow job but it was better than just walking. We started to incorporate running into my training sessions.

It was always slow going with the running, but I was happy for around 6 months when I thought to myself I should be able to start sprinting. I decided to give it a go and it worked.

I have just over 39kgs (86lbs) to go until I reach my weight goal. That isn’t the end goal, it’s just a goal. If my body can get below that, then we will see. This isn’t a diet, it’s a lifestyle change. It’s a way to mange my physical and mental health, it’s a tool that helps me overcome my anxiety, depression and PTSD, it enables me to be in a place where I can maintain and establish healthy relationships. It’s also a way to make sure I make the most of my marriage, immediate family and extended family. It’s a way for me to keep finding meaning in life and being able to feel like I’m accomplishing something everyday, a constant self-esteem boost to get me out of that negative thought process that tries brings me down. It’s a new way of being me.

I’ve always had something to fight for, I just didn’t realise it until recently. 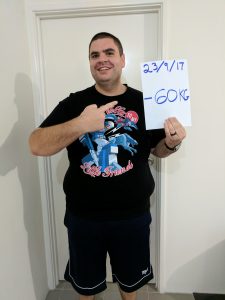 How are you going with your journey? Having trouble starting or smashing those goals? Contact me and let me know about it.