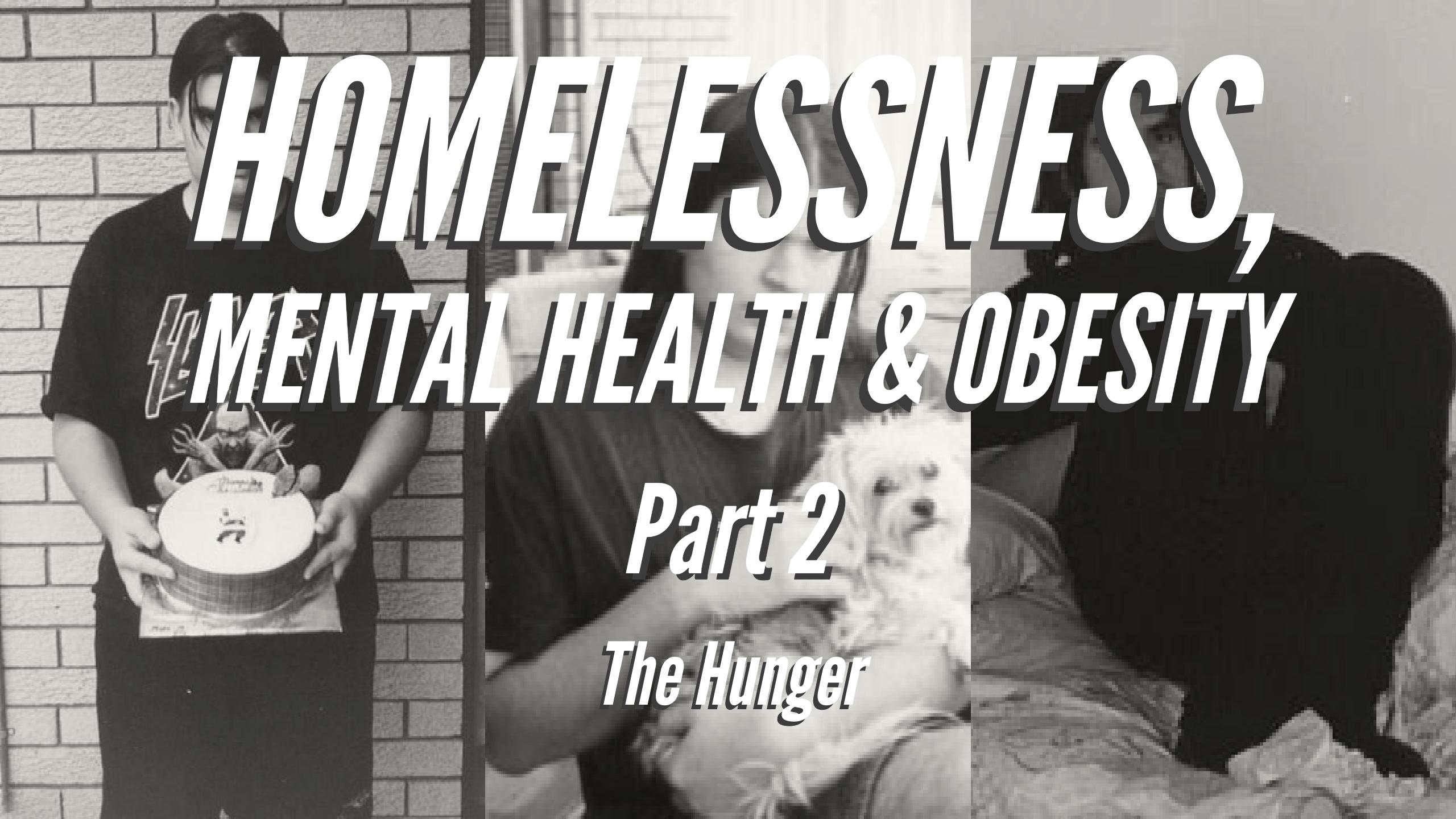 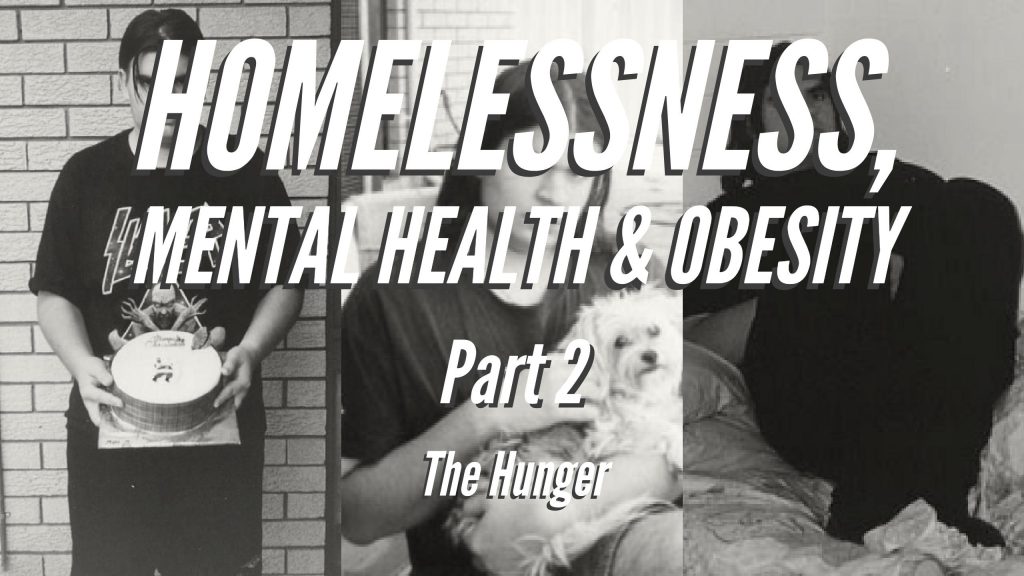 Part 1 – How I Became Homeless

Part 3 – Getting Off the Street

Sometimes it’s the simplest gestures that cut through and make the most impact. Homelessness sticks with you, like I said in part 1, it’s a stain you can’t clean. Habits form, behaviours that seem different from the norm are established. It’s not that we want to keep these habits or behaviours, they just seem to stick with you on a primal level. My long lasing stain is my relationship with food.

My wife and I hadn’t been dating very long, a couple of months at most. I’d been house sitting a friend’s house and she’d come down to keep me company. We decided to try a new Japanese restaurant for lunch. At this stage she only knew that at some stage I was a homeless teen, there were no specifics mentioned, no timeline and I definitely hadn’t gone into details about how being hungry made me feel.

I think I’d been on my “best behaviour” up until this point. You know the honeymoon period of young love, you hide your bad habits as much as you can. Well I was beginning to feel more comfortable being around Kristine and begun let my guard down. We ordered our food and were probably doing some subtle displays of affection that would make other’s cringe.

It was around 2pm, for me this is very late to be eating lunch. I’m an early riser and find it incredibly hard to sleep in (another symptom of being homeless) so I’m quite hungry by this stage. Up until now I would have snacked to keep the hunger at bay. Our food arrived and I began to eat. I started eating extremely quickly due to being so hungry. It’s something I learned I had to do. It was something I had to do to survive. When you don’t know when or where your next meal is coming from or you’re going to get chased away you eat fast.

She wasn’t judging me or scolding me, she was helping me. Helping me realise that it’s ok. In this moment I can slow down. It was also this moment that I knew I loved this woman more than anything in the world. I was 30 at the time. Far removed from that scared teenager I described in the last post. It’s the simplest of concepts, I’ve paid for this food, I own it and I can eat it without fear.

I want you to think back to when you were a teenager, or more recently if you have children who are teenagers. I want you to consider how much you or your teenage children ate. It’s a lot right? Their bodies are going through changes which require food to fuel. It’s a normal part of growing.

This was the period where I was homeless. My body was telling me I needed to constantly eat because I was growing but I wasn’t in a situation where I could readily get food. The hunger was constantly there, it would never go away the whole time I was homeless. I would go to sleep hungry and wake up in the same state. My body was fuelling its self on adrenaline most of the time in a way to push me to survive.

Sleeping rough lasted 7 months and set the foundation for an obsession which I had little help of controlling. Subconsciously my body was recording this trauma of not having food readily available and it still haunts me to this day. Hunger is a natural feeling, yet every time I feel it I’m transported back to a 16 year old who can’t find food and only ate what, when and where I could.

I’m 35 and I’m still unable to determine how much food I need. It takes incredible amounts of self control not to over eat just so I don’t have to feel that hunger again. I have anxiety about eating enough food which drives me to over eat.

Eating on the Street

When it came to food, unless someone has kindly given you some to you you will either steal or scrounge. The occasions where I was given money I rarely used it for food, that would be saved and used for bus fares or trades. Money was hard to come by since I had no income at all. It became a priority not to spend the money that was given to me on food, as weird as that sounds.

I preferred to scrounge, I found it much easier and theft required a level of quickness I couldn’t pull off thanks to a previous injury. At this stage I still had 2 pins and 2 plates holding my ankle together so there’s no way I could run or even try and be quick. This injury also put me in dangerous positions which I will talk about in part 3.

My preferred method of scrounging was frequenting fast food restaurants and cafes and scoping out food left on tables. In the beginning I would sit down and eat – this was easiest to do in fast food restaurants as they didn’t really care. Cafes would chase me away pretty quickly unless they had tables outside which made it easier and buy me more time before I was noticed.

At first I was apprehensive about eating things that had touched other people’s mouths and hands but I was hungry enough to avoid the thoughts too much. The hunger overrode the fear and I had to eat and this seemed more logical to me than eating out of a bin. You get used to barely warm or almost cold food. It’s also convenient because I could eat it quickly before getting chased away.

The amount of food people left was almost as incredible as the attitude I got while trying to eat it. It pissed me off and still pisses me off that cafes would rather a person starve and waste the food then let someone else eat it. I get it though, homeless people are bad for business. It’s just hard to rationalise the thought process when the basic necessity you need to survive is seen as trash to someone else, you can’t take it because you’re seen as a scourge.

Using discarded plastic take away containers saved me from a lot of this hassle and helped with the scrounge. They were easy to come across and a quick wash out in a public rest room sink made it ready to use. Instead of eating there I could grab on the way and leave with the food without making too much of a scene and often without people noticing too much. It made the whole process easier on the soul. I could go somewhere else and it felt like it was my food.

Sitting on the beach with someone else’s half eaten left overs was my escape.

Living like this set up 2 main eating habits that would be important when trying to understand my struggle with obesity. Today I struggle with eating too fast and over eating. Both are as equally damaging as each other in regards to my weight.

They’re almost like primal urges. Feelings that won’t go away no matter how hard I try. Eating fast so I could get the food down without being caught and over eating so I don’t feel that hunger. They’re very similar but come from different places.

Eating fast also means I over eat. My body can’t react fast enough to let my brain know that I’m no longer hungry which means I over eat. The hungrier I am the faster I tend to eat, compounding the problem. It takes an incredible amount of self control not to over eat. I’m getting better at recognising when I’m doing this, but I still have days where it seems like I can’t control myself in regards to eating.

Going into cafes or restaurants today still triggers me a little, especially if I see left over food. Part of me wants to race over and claim it before it gets wasted. It’s been so long but my subconscious obviously feels like this was only yesterday and triggers that impulse.

I wish I could turn these impulses off.