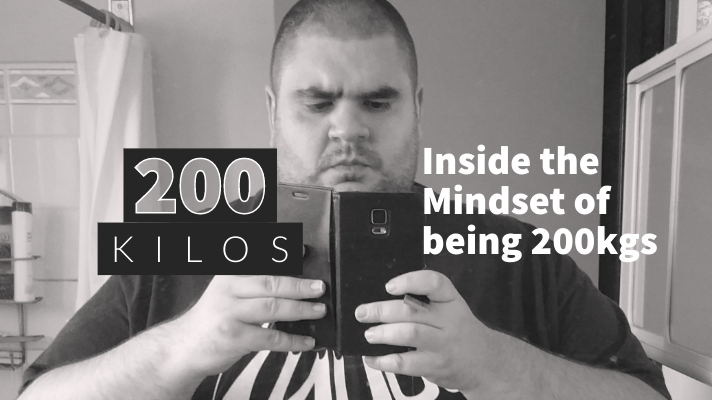 You wish it wasn’t that way, you look at others being happy and you have no way of feeling that. You internalise it all. Those familiar feelings of disgust and self-hatred is what you see in every photo and reflection. You turn to what brings you comfort, the one thing you can rely on to bring you happiness. Food. You’ll claim to others you don’t eat much, that you’ve tried everything, that nothing works. You’ll seek solace in this delusion. The honest truth is you don’t believe you deserve to change, you hate yourself that much. The cycle intensifies, the more food you consume the bigger you get, the bigger you get the more hatred you feel, the more you need food to feel better. Over and over and over. That was my life, this was the old me. 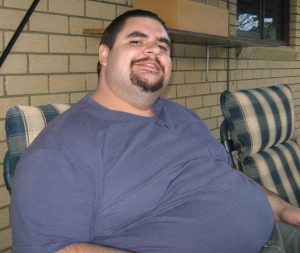 October 2016 is when change really started. The waves of shame finally eroded the wall of denial I had been hiding behind. The last time I had weighed myself was a year prior, 199.9kg (441lbs) . A year later and it’s possible I was over 200kgs. I’ll never know how much I weighed due to being unable to find scales that could weighed me.

The hardest part of any change is finding the right mindset. Once you find that it will ignite the fuel to get you moving. The weight controlled every aspect of my life, my inability to do everyday tasks, the incredible amount of pain I was in due to my size, my anxiety, how I viewed myself, how I thought others viewed me.

I had been diagnosed with low testosterone, I was so large that my body started shutting down hormone production in a way to preserve my life. My body was crying out for help. It was making it hard for me to move, not only being so large but having low testosterone meant that I was slowly losing muscle mass and my body could no longer build muscle. It meant it came hard for me to get up, walk and generally exist and life a fully functional life. 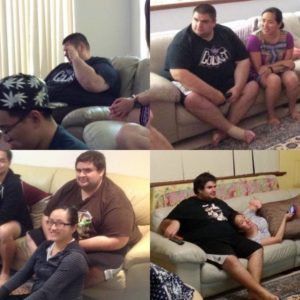 The turning point came when I was told my weight was making me infertile, my testosterone was so low that I was looking a permanently not being able to have children. I needed to rid myself of the shackles of my weight and I began the hard journey to regain my life. I joined a gym and started to lay the ground work for change.

I hated myself, I hated what I had done to myself. At the end of the day I can try to blame a variety of different factors for the weight. I could blame it on my previous injuries, anxiety, depression… the list is endless. There was only one reason for it and one solution, myself. I was the one who hid, I was the one who ate, I was the one who stopped exercising and I was the only one who could change those habits. The buck stopped with me. It was the height of selfishness and self destruction that got me to that point and and it’s only self determination which will get me out of it.

I started off slowly at first, gentle cardio on the elliptical and bike, each day doing a little but more than the day before. I wasn’t worried about people looking at me or laughing at me. If they did it would say more about them than me. I was there to change. Funnily enough this went against my everyday thoughts outside the gym but I knew I was changing this time, even so early on.

For the first few months of my lifestyle change I was doing it blind. I had no idea how much I weighed and had no idea how much I was losing. Every week I would step on the scales at the gym and I was greeted with “ERR” on it’s display. I was over it’s weight limit. Although disheartening, it was also empowering. I knew the first day that I saw that screen display a number would be my first step to progress. 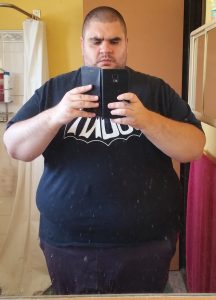 It happened. The first weight displayed. 187.5kg (413lbs). I recorded my first official loss of 12.4kgs (27lbs). Of course it was highly probable that it was more, however that’s the issue when being super obese, it’s extremely difficult to be weighed.