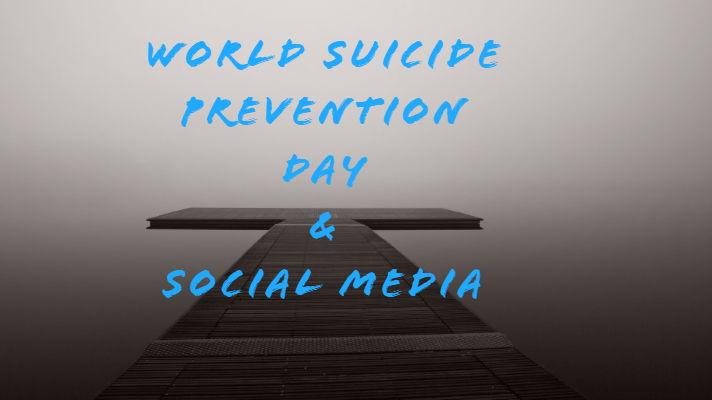 Yesterday (September 10) was World Suicide Prevention Day, a day which provides an opportunity to raise awareness of suicide prevention. It’s supposed to be about prevention.

Of course talking about suicide is going to be an uncomfortable conversation, however we need to remember why we need to talk about it. Ideally to prevent people from taking their own life.

This of course is the overall goal with World Suicide Prevention Day.

Yet, like most things, once social media gets involved, it can often have different effects.

I decided to steer clear of social media for the day after I saw a few initial posts and I could quickly see the prevention part of the day taking a back seat as people started sharing the methods they had tried in the past. It started to morph into something could potentially take more lives than prevent. Like a macabre sport it comes across as a competition of trauma.

I say this from the point of view of someone who has suffered from suicidal ideation, and still does from time to time. This behaviour is damaging to the cause and disgusting to the core.

Sharing your previous methods of attempted suicide will not prevent suicide!

I can not say this more emphasis. Don’t share this information publicly. It will not prevent anything.

As Dr John Draper, of the US National Suicide Prevention Lifeline, states:

the aim is to bring awareness to suicide prevention, that’s very different than bringing awareness to suicide… If you’re actually talking about and showing specific suicides in some ways that are dramatizing, glorifying, or specifically showing people how, then that has been associated with increasing suicide.

Stating your previous methods will not enable anyone to reach out for help, instead will more likely result in the opposite.

Please don’t put anyone at risk.

Guides on how to discuss suicide

Having a conversation with someone you’re worried about – Beyond Blue

Talking to someone about your suicidal feelings – Beyond Blue

How Not to Talk About Suicide – Self