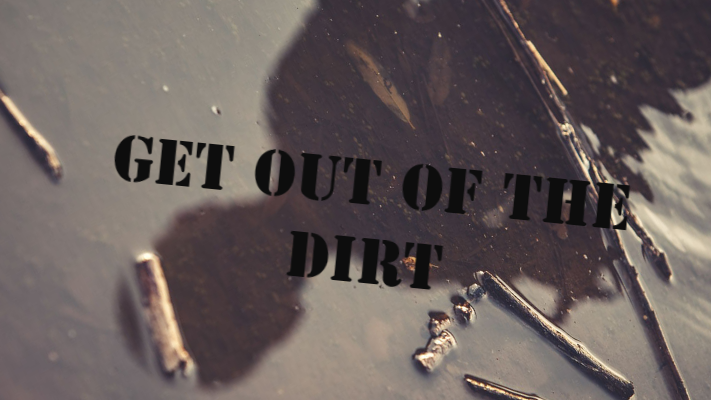 If there was one phrase I could choose to sum up my journey it would be a German phrase I’m particularly fond of. “Raus aus dem Dreck”, it means get out of the dirt.
I spent much of my early life in the ‘dirt’. Dirt being those negative aspects of my personality that developed, some through no fault of my own and others I embraced.

For a long time I was aggressive and hateful. I embraced violence and felt unworthy of positive attention. I didn’t take ownership of my circumstances and decided to blame everything else. I became a victim of my own dirt.

The thing about dirt is the longer you stay in it, the dirtier you get.

Coming back to the phrase, “Raus aus dem Dreck”, it’s not asking for help. It’s direct, get out of the dirt. It inherently has a sense of responsibility in it.